Gaylor Electric is a growing national electrical contracting firm providing scalable services to clients of any size. Ever since its inception in 1984, Gaylor Electric has demonstrated strong core values focused on conducting business in a way that distinguishes it from others in the industry. Acting on their core value for personal growth, Gaylor Electric decided to try ProHabits for a month. The partnership resulted in marked personal growth and inspired innovative reductions in unnecessary operational costs.

Who is Gaylor Electric?

Gaylor Electric is an electrical contracting company based in Indianapolis, Indiana with locations throughout the country.

From small contracts to multimillion dollar developments Gaylor scales its services to meet the client’s needs. By utilizing their commitment to core values, Gaylor maintains their position as the highest performing national contractor of excellence. An honor demonstrated by their top recognition in the ABC’s Awards of Excellence program. 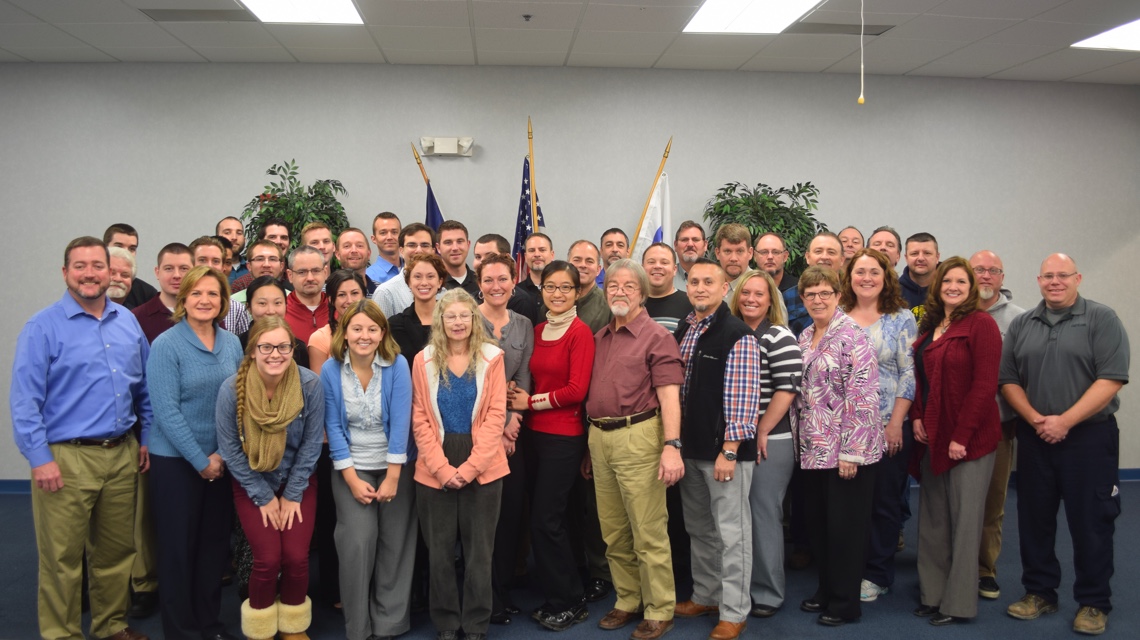 The “Why?” of Gaylor Electric

John Gaylor founded Gaylor Electric in 1984 after finding that the companies in the industry didn’t share his values in business. Ever since, Gaylor Electric has been a values driven culture from the inside out. During their first month with ProHabits, we saw their focus on values reflected across a number of key domains (represented in the graphics below).

When you think of the construction industry and its culture you probably don’t think of mindful culture practices or values based initiatives. This is for good reason: it’s exceedingly rare in the trade. This is why John Gaylor found that companies didn’t share his values – and why he set out to create Gaylor Electric.

This makes Gaylor Electric’s commitment to their values and their cultivated cultural practices all the more interesting. Because, not only does Gaylor’s culture and values stand out from most companies – it does so in an industry that has yet to embrace the personal development mindset.

Gaylor’s values aren’t hidden away somewhere in the dusty tomes of HR documents – they are at the front and center of their brand’s presentation and shape their team’s everyday work experiences. Often cited are Gaylor’s eight core values: 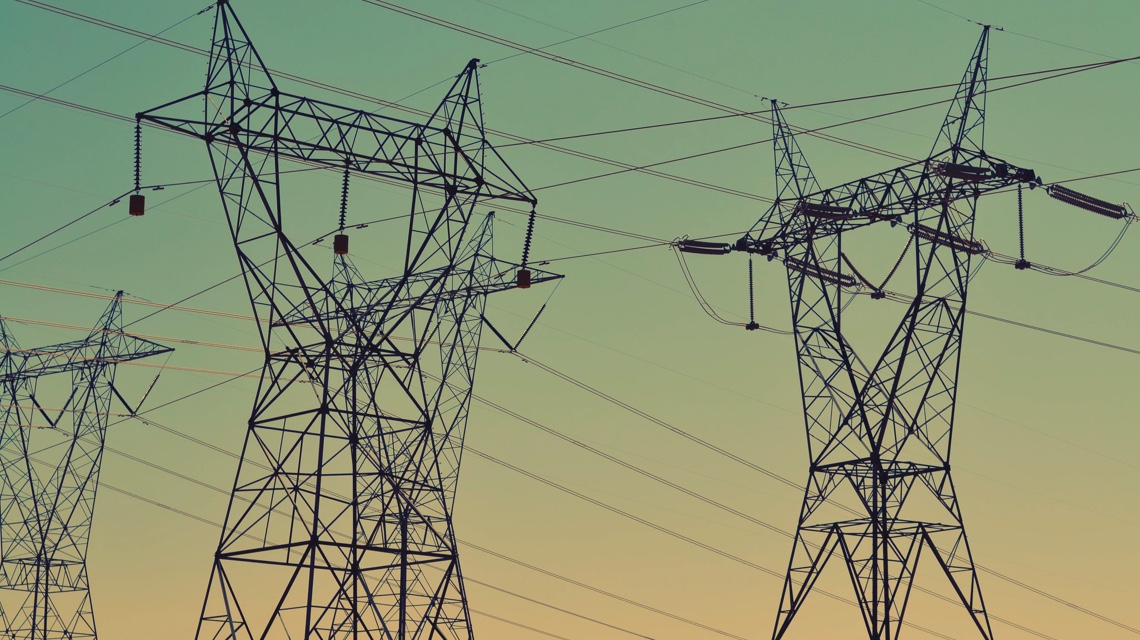 When you work at Gaylor it’s not about just doing your job and going home – growth is structured into the job itself.

Each team member at Gaylor receives a personalized educational plan to follow. By structuring these plans, working at Gaylor provides a path to personal development in tandem with one’s professional life.

Gaylor Electric believes strongly in the merit shop philosophy – meaning that they believe in rewarding individuals for the hard work they put in. Because of this philosophy, recognition for individuals’ hard work and insights are heavily emphasized at Gaylor – Michael Fort, Chief Values Officer, notes that they always want their team to be able to express ideas for improvement.

This encouragement is reinforced through their innovation award – that both recognizes the employee and is $500 dollars in cash. This award is available to anyone who shares a great idea – promoting Gaylor’s value for performance over seniority.

As Michael Fort notes, Gaylor Electric’s senior executives aren’t seniors – many even are still in their 30s. Michael emphasizes that they’re

This merit based promotion strategy is clearly reflected in their apt leadership, and their team’s commitment to personal growth.

Gaylor Electric displayed their dedication to personal growth and advancement by living their values with ProHabits.

Prohabits offers opportunities for daily personal growth delivered by email. Team members selected their area of personal growth from a list of ProTracks or curriculum that aligns individual habits with organizational values (see table below for Gaylor Electric’s chosen ProTracks). 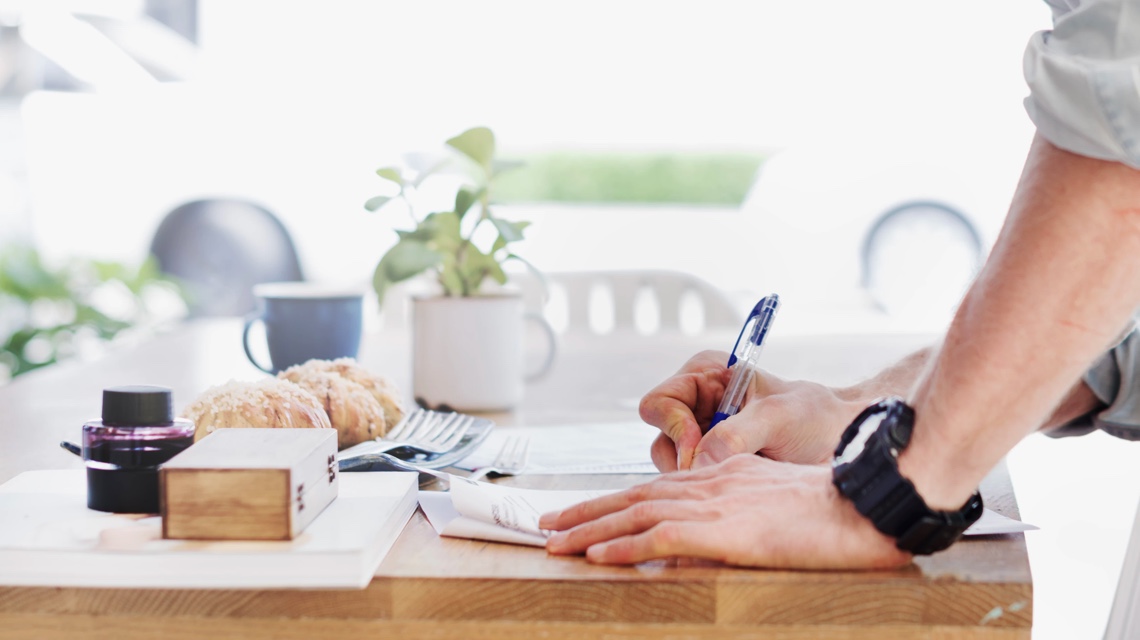 Gaylor Electric achieved financial savings to match their devotion to personal growth. While utilizing the ProTrack ProDuctivity their president, Chuck Goodrich, found a way to eliminate a major source of waste that had been long overlooked.

One morning after committing to his activity, Chuck took some time to reflect on business operations and ways they could be improved. While walking around the office considering the activity’s call to eliminate process waste, he noticed a major oversight: mail, that was going in between offices team members frequently travel to, was being sent via courier instead of being taken with team members.

Addressing this, by having the team take the mail, saved the company $18,000 a month. Over the course of a year they expect to save nearly a quarter of a million in costs that they will now be able to invest elsewhere. Chuck showed the amazing potential that reflecting on your personal growth and process improvement can have. Through this singleepisode, Gaylor discovered how brief actionable micro-activities can catalyze macro level changes.

In discussing this, Michael Fort, Gaylor’s Chief Values Officer, noted that this oversight was the result of everyone being “too busy to notice.” Many, as they begin their partnership with ProHabits, worry that the daily activities will become just another “to-do” on their list. As Michael Fort tells us, not only is this not the case – but the activities become more effective the busier you are. ProHabits activities are not just a thing to do, but a way to frame your day towards growth.

The email that inspired the waste eliminating insight 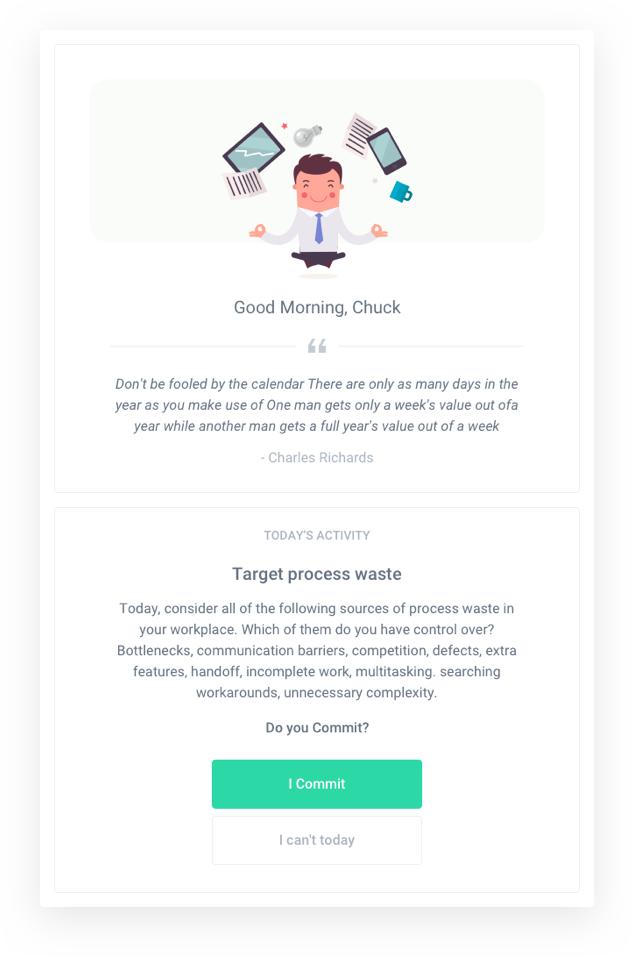 What areas of personal growth were most sought after at Gaylor?

The pie chart above shows what areas the team at Gaylor is committed to growing in.

How the team grew with their ProTracks

How did engagement differ across each area of development?

During Gaylor’s month with ProHabits the team made a number of exceptional achievements. Notably their sizable financial savings, the personal growth experiences of the team, and the level of team engagement. These achievements demonstrated the power of living your values and how daily micro-activities can actualize growth potential.